Nalla Vinayagar is one of the best-known and most worshiped deities in the Hindu pantheon.He is the son of Shiva and Parvati and he is the brother of Karthikeya (or Subrahmanya), the god of war.

In Hindu art Vinayagar is variously portrayed depending on specific cultures – Indian, Cambodian, Javanese etc. but he is most often depicted with the head of an elephant and a rather portly human body.

In his hands he often carries a broken tusk, an axe, a ladle, a noose, prayer beads and a tray of sweets. He sometimes also wields an elephant goad in order to master life’s obstacles. 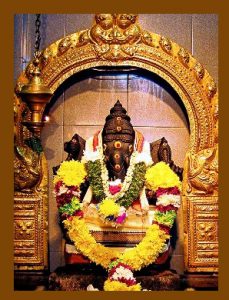