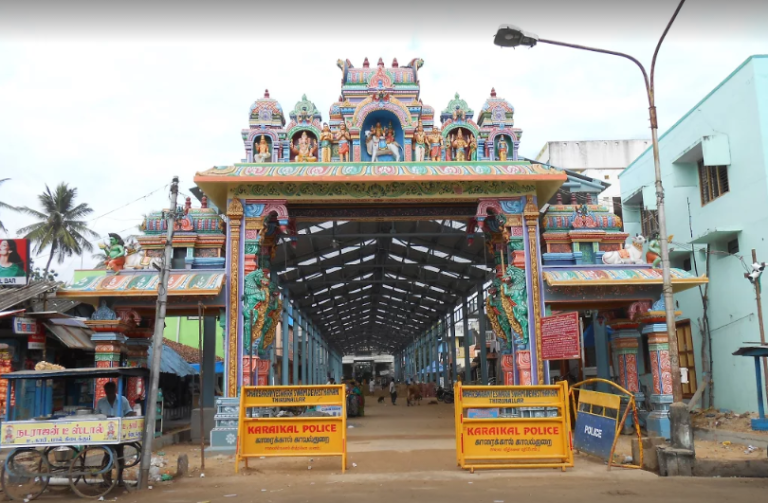 Temples are the symbolic sign of the abode of God and even though countless numbers of them are extent in our land they are only so many microcosms of the macrocosm. The abode of milk is the cow but the nectar could be extract only from the under through teats of this sacred animal similarly, God though transcendent is immanent in the temple and is cognizable only there in.

For millenniums, the Hindus have been extremely God loving and all over the temples in the land were built by the rulers, or the scions of rulers, and there is no wonder that the poet warns us ‘not to dwell in a place where a temple is non-existent’.

In Thanjavur District studded with scores of temples they exit in Tirunallar near Karaikal, the former French territory, the ancient temple of Sri Darbharanyeswara. This temple was visited by the Saint Tirugnana Sambandar in the 7th century A.D. who sang padigams (decadal verses) in praise of the Lord Siva. Likewise, his contemporary Saint Thirunavukkarasu and later, Saint Sundarar (9th century A.D.) had visited the temple and sung padigams extolling the Lord and Saint Arunagirinathar (15th century A.D.) had also visited it and sung hymns included in his monumental work Thiruppugazh.